My practice is inquiry based.

My current investigation in porcelain clay began with a question, "How thin and how tall can I make a column using the coiling method and what will the results be?" I found that the columns were too thin and too tall to hold their form and would collapse during the firing. I chose to limit my colors to black, white and gray.

Five years later, another question arose, "What will happen if I combine two or more fired columns and re-fire them?" I found that the forms would continue to reshape and enfold one another.

In another five years the next question arose. "What will happen if I add white to my black clay." I assumed I would get another variety of gray. Instead, I got blue. Then I wondered what other colors I could develop.

I assumed that my investigation of process would not be personal but merely academic. In hindsight, I realize the purely objective pursuit is impossible. Looking at my work as it surrounds me in the studio, I learn that I an drawn to fragility, accident or chance and reconciliation. The intuitive grows stronger as I continue my exploration. 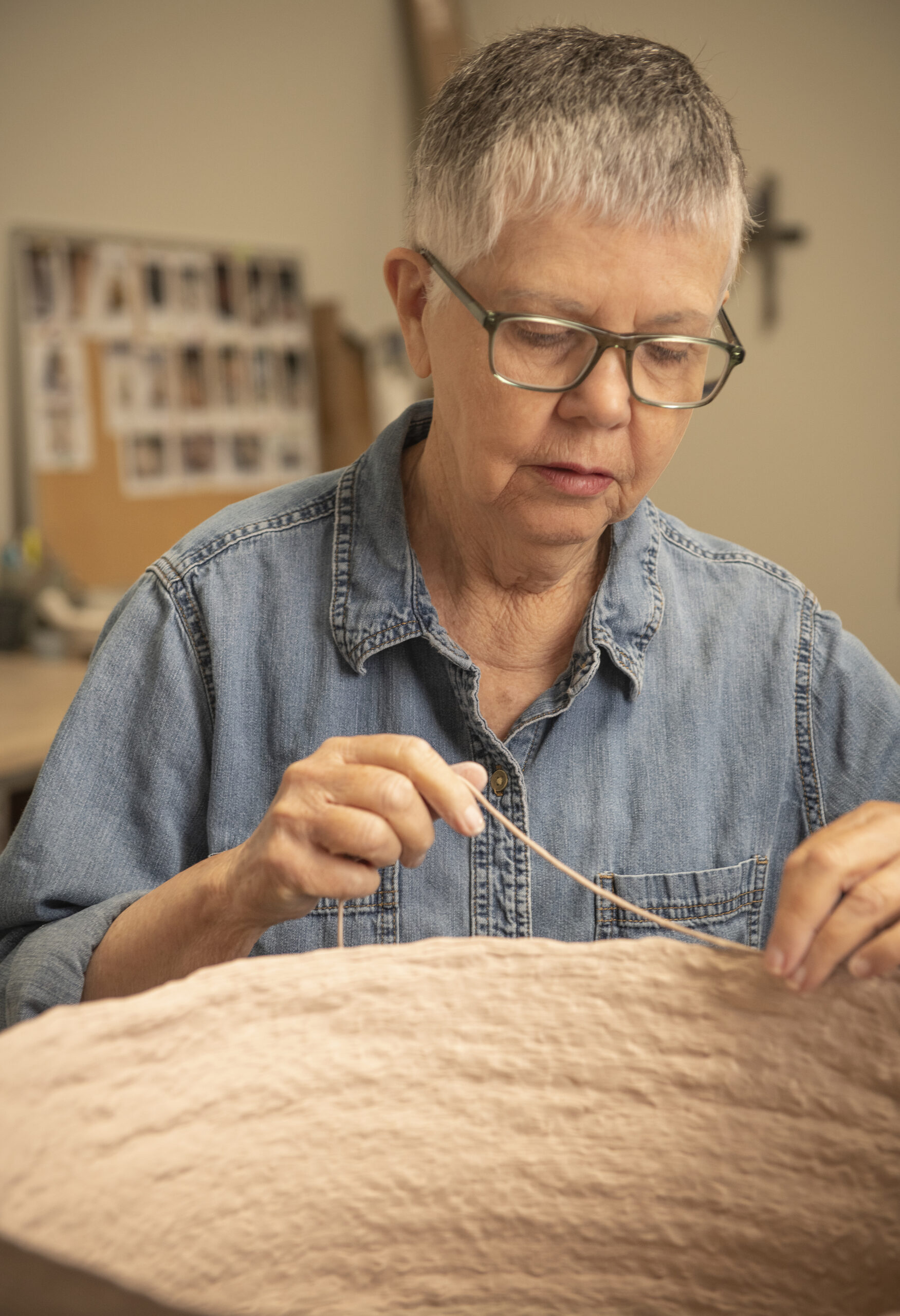